I suppose the biggest news is the game is now done. Rather than shovel it out instantly, I’ll give it some time and set a release date for Android on February 28th and keep doing what I can until then. Here is a glamor shot: 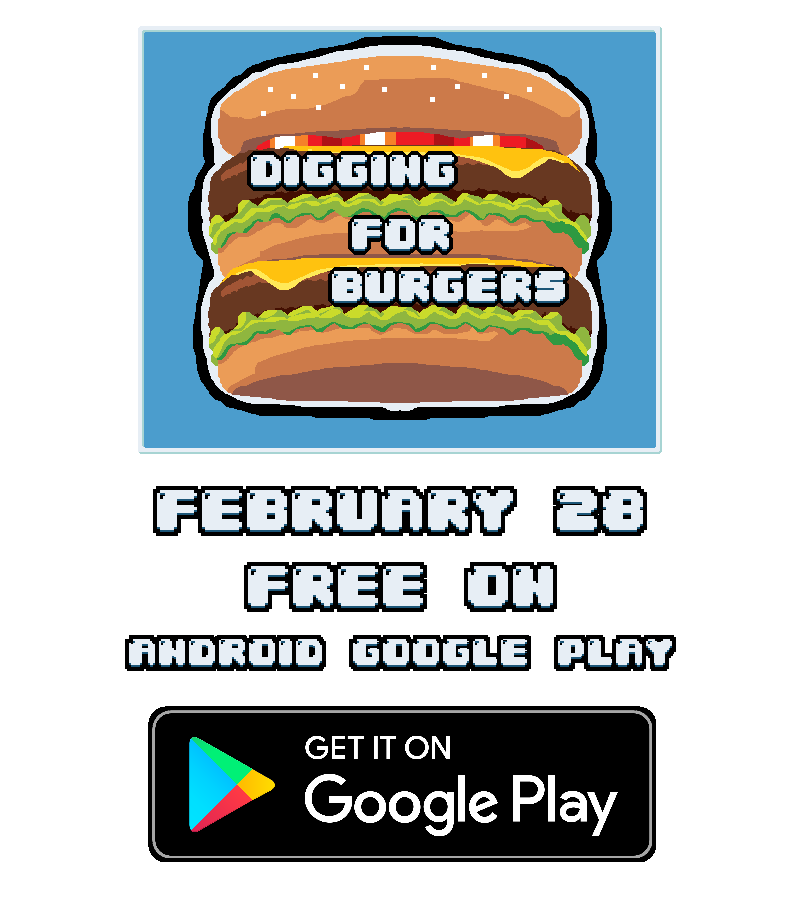 With the music getting wrapped up, I have been enhancing the Android version for my phone to smooth out some things. The issues being the interface for the controls, making them look better and improving performance despite a system designed for decadence.

The control interface has always been tweaked, but its been a focus the past few days. The size of buttons and directional pad along with their placement. The settings has an option to adjust the position of the controls as well. The interface was remade from scratch to resemble a controller, but that was before it took a transparent approach as it looked ugly in screen shots. Perhaps it will come back or even give the player a choice.

As mentioned in a previous blog, the directional pad works more like an analog stick that allows for 360 degrees even if the game only allows for movement in four directions. This method feels better to play and allows for moments where the thumb is placed outside of the pad itself. Another good thing about this method is a player can slide their thumb rather than moving it from position to position. It feels far better with this extra layer of detail and fool proofing.

Having a lot of moving blocks on screen creates a burden. Adding the ability to have the tiles merge creates another burden. When the blocks land for the first time, they check surrounding blocks to see if they can merge. On a tablet or PC it works fine, but on the phone there is a noticeable slow down, so to prevent this, there are now different detail qualities. The game can detect when its moving less than 55 fps for 3 seconds and change itself to low quality. In low quality, the game doesn’t bother to merge the tiles, it assumes they’re all individual blocks to save a lot of processing power.

As it turns out with .m4a and .mp3 files there’s the slightest 0.045 second gap that prevents a file from truly looping. Each time the file is saved it adds a bit of silence to the front of the file. Even removing the silence will add the silence again when exporting to .mp3 format. To correct this, the music loops are using .ogg format. Previous games will need this correction as well.

At the game over and victory screens, players are given bonus diamonds for every 10,000 points. To accentuate this, the finale screen will allow players to speed through the screen until the point when the diamonds are given. For each bonus diamond, a sky flower is set off complete with a rumble and sound effect. Its another tweak that should make the finale feel more rewarding. The higher the score, the faster the fireworks are set off. With the detail quality system, the lower quality sky flowers are of course less impressive.

– Added a details setting to help phones maintain 60 fps. The game will also detect if you have low fps and adjust accordingly.
– Added a confirmation to abandon the dig.
– Added more sounds.
– Modified the menu selection bar to have a bit more dazzle and pop.
– Fixed a 2 player bug that rewarded the second burger block was worth an excessive amount of points.
– Fixed several infrequent issues with controller vibrations.
– Fixed music loops caused by split second gap in compressed audio.