As the composer works on the music, I have continued tweaking things to enhance what’s already there.

– Added  short themes for the title screen and game over. There are also two jingles for breaking a burger block and making it through a loop of 1,000 depths.
– Added V-Sync and window screen size options to the settings menu. This should make it easier for specific hardware compatibility issues to get full screen or at least a big, near full screen.
– Added a squishiness to both the player and the blocks when they land. They squish and fatten out while getting shorter, then return to their normal size.
– Added a stats screen that can be found in the settings and pause menus.
– Added a timer in the single player game below the depth to show how long the player has lasted.
– Added green text to show how much energy is gained with burgers when the player collects them. Before, it was just a green highlight of the energy itself.
– Added more frosting color schemes to total 15, just as the cubes total 15 while the zips only have 5.
– Fixed and modified other small things too numerous to mention.

Here is a video of everything the game contains, but its not a trailer or anything: 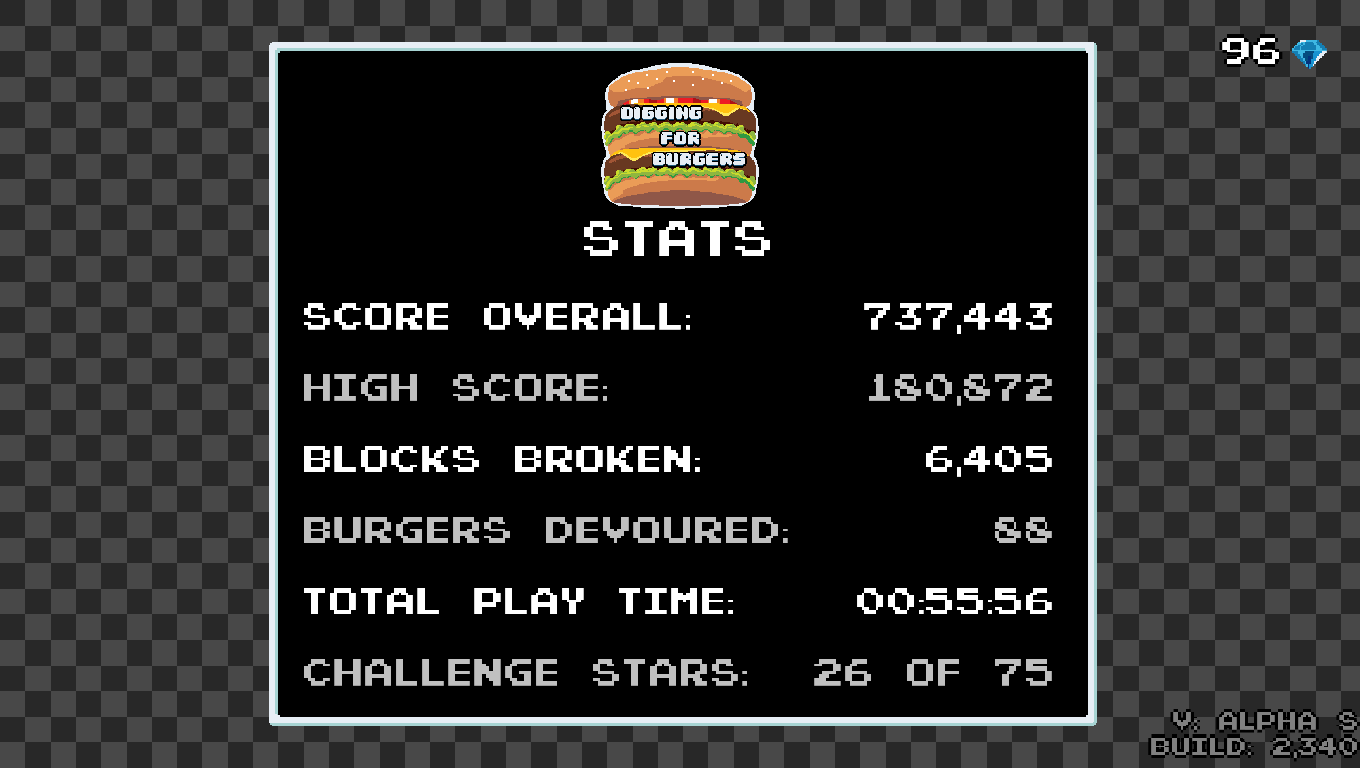 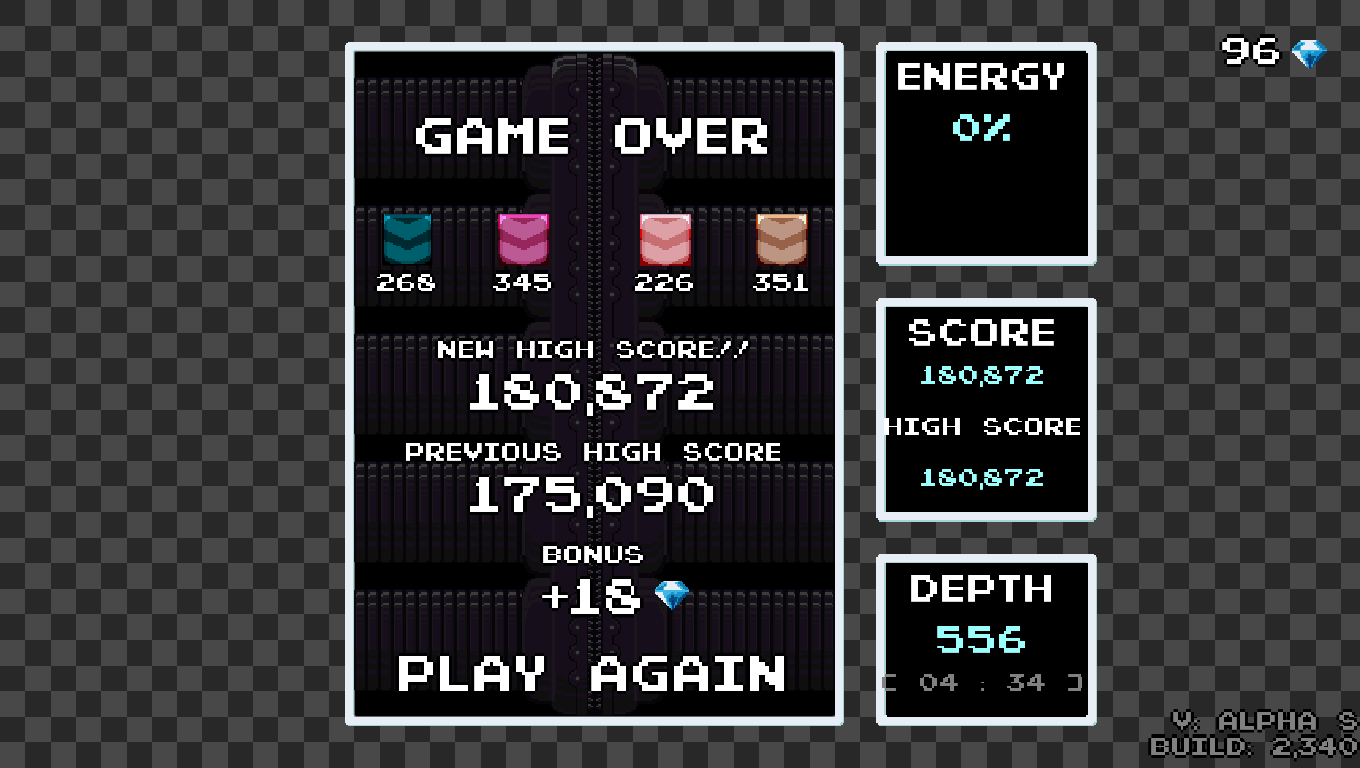