Yesterday felt like a slim day… but it looks like I got a lot of done. Mostly tweaking.

Collectables now give points, a single point each just like the enemies. This should give incentive to collect absolutely everything and kill enemies before they are just about to leave the screen as the enemies may die, but they don’t disappear and leave a gem for you until a second or so after.

With the new coin system in place, when the player takes damage, coins now shoot out and the points drop by the amount of coins. Its 10 coins on easy, but it depends on the difficulty. The player can always get the coins and points back included.

I removed the clock collectable and set a time of 500 seconds (4+ minutes). That will keep it simple and not allow people to exploit with hundreds of clocks and a 3 hour level. Removing clocks also takes away the future issue of collectables can be hidden, so if someone tested a level and knew where the clock was hidden, the other players would fail. Disabling the hidden feature just for the clocks would be inconsistent with other collectables.

There is a new score tally on the victory screen that consists of:
+ current points
+ coins collected
+ time remaining in seconds
x difficulty
= final tally (new current points for the next level)

It should be easy enough to follow. The time remaining in seconds will be high for the first level, but as the player completes level after level, those current points and coins will keep going up and up. The higher difficulties will always beat the lower difficulties since everything is multiplied by the difficulty.

To put more emphasis on the score, that score will translate to the game’s currency.
+ current points
+ coins collected
x difficulty
/ 100
= cash earned

With the score climbing so high, I removed the X amount of points to get an extra life and replaced it with the traditional 100 coins is an extra life. It should make coins more valuable. Even if the coins reset to zero with an extra life, the game still keeps track of coins collected for each player to include in the final tally. 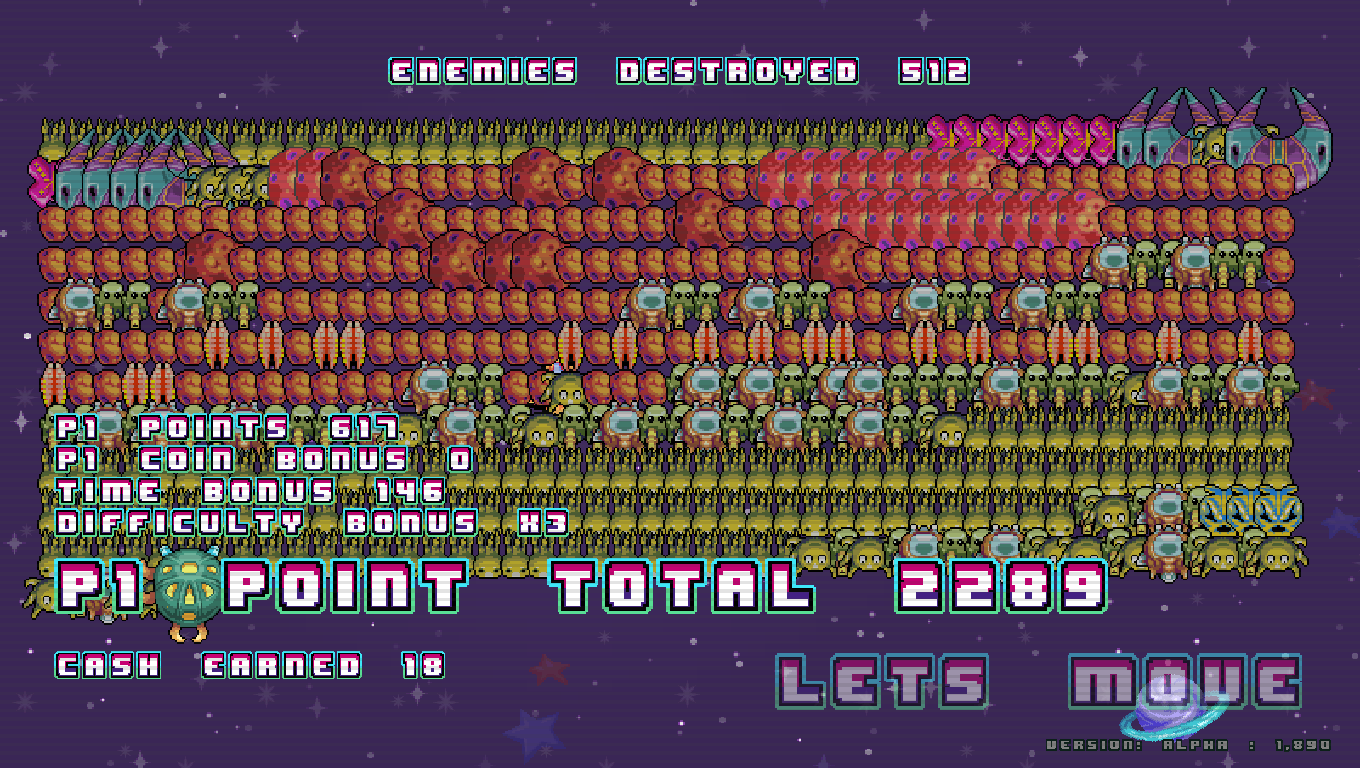 With scores and end level victory statements, it seemed only fitting to have a rank system. There is nothing much to the system other than at X amount of points you get to the next rank and you are heralded with a popup.

Speaking of unlocks. Everything now needs to be unlocked and then purchased. People have a gratifying urge to unlock things and some things stand out far more than others so why would you ever purchase them unless the better things were still locked off? I can also tie unlocks with the rankings and other in game achievements.

I also took time to quell a logistical issue as each of the three playable vessels has three unique default weapons. That is sort of ruined by allowing a player to select those weapons for any ship. So I locked them off until they’re purchased, but a player can still freely use them for the ship they come with. Spread V1 comes with the Texas Wrangler ship, so for Texas Wrangler, it can still use Spread V1, but for the other two ships to use it, the weapon needs to be purchased and unlocked. 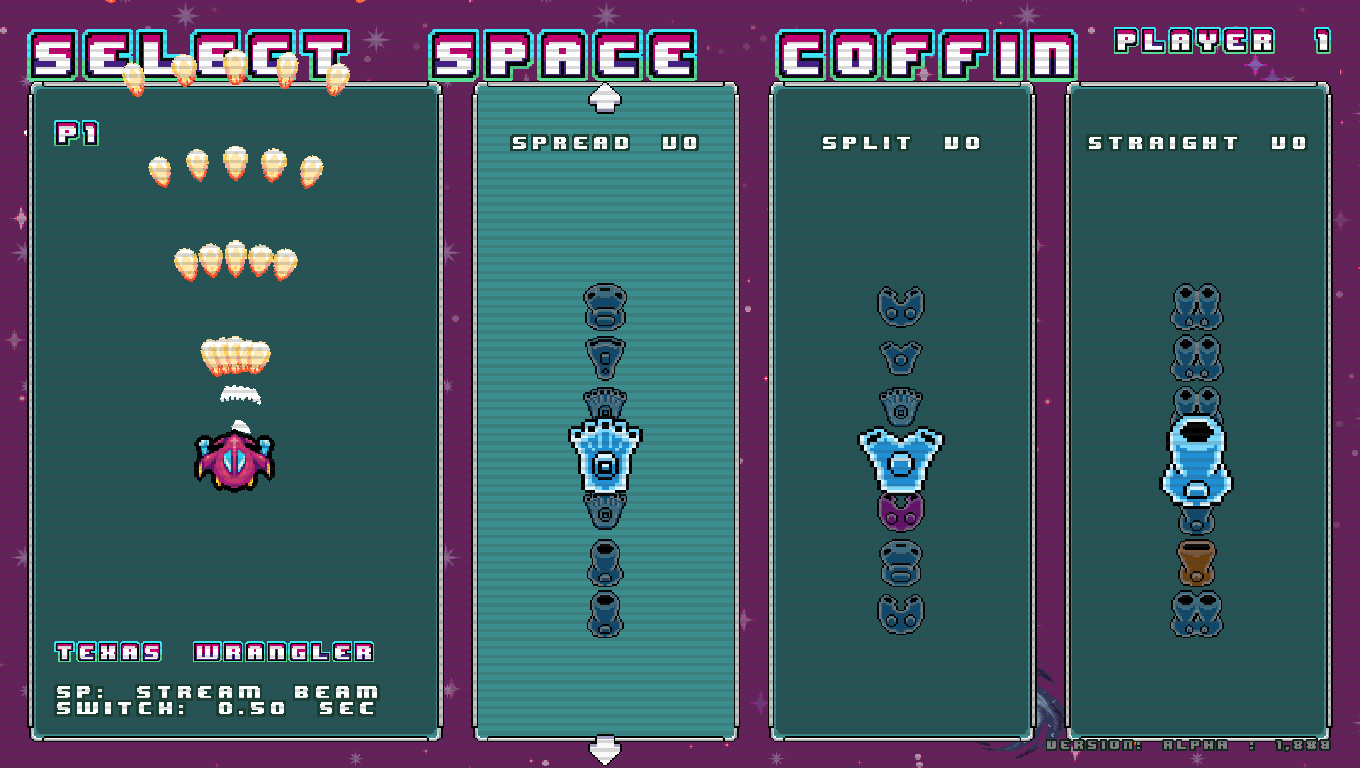 THE ROAD MAP TO THE FINISHED PRODUCT

I have a lot knocked off my development list from 9 months ago. Before I keep adding random things, I’d like to come up with a road map of stuff I need to do to complete OctorSpace and add it to Steam.

Even in bullet point form it seems like a lot. I am going to ball park another 4 – 8 weeks to make this all happen.

The major challenges should be making the levels and workshop integration as I’ve never done that before. Oh and the procedural level generation is probably the second biggest challenge, but I already have a system from 9 months ago.

Place your bets if I will finish it!