Yesterday felt far more productive even if it revolved around Google Play Services.

There are 30 achievements and I can get a lot of them easily, but I am a great player at this point. I’ve discovered the best way to reset achievements is to destroy my Google Play account and start from scratch. The achievement_reset() fails to work for whatever reason. I tweaked achievements to make them more difficult and space things out so there aren’t so many achievements unlocking in a small span of time.

I added the unlock system for cosmetic items. You accumulate X number of points to unlock the item. Then you buy it with a small amount of diamonds. Each score accumulates and goes to the unlock system, otherwise one high score would unlock 10 things in a row. Even then a good first score can unlock the first 5 items. Some may consider it a grind to get every cosmetic, I consider it a reward as cosmetic items do nothing other than make the character look different.

Everything takes 2 million points and below to unlock. I can average about 15,000 points per minute on a run, so everything should unlock in a little over 2 hours. I’ve even thought of increasing the score per giant burger so the longer you last the more points you get.

More cosmetics have been added, mostly heads and faces. A few things that were there before have been tweaked. The player can now randomize the character by holding down at the bottom of the character customization menu.

Ads were added, but these are the kind of ads that reward you with diamonds. I should probably come up with a different name than diamonds. Something like “burgles” or “crunchems.” You can always find diamonds as you play and diamonds are awarded at a game over, one for every 10,000 points. Ads happen after game overs only after the first 10 minutes of playtime. Then 5 minutes after that. Playtime is calculated by actually playing. If its paused or in a menu, that doesn’t count.

Like my previous game, you’re warned 3 seconds before the ad happens and there’s a tip to give you something to read other than the same warning and notification you’ll receive diamonds. Ads will probably be a waste as I’m not big enough to reap the rewards, nor can I do rewarded ads to incentivize watching video ads due to GameMaker limitations.

Since I have no real screenshots to show… here are photos:

Phone playing the game (the blur is from the tablet camera unable to focus this close): 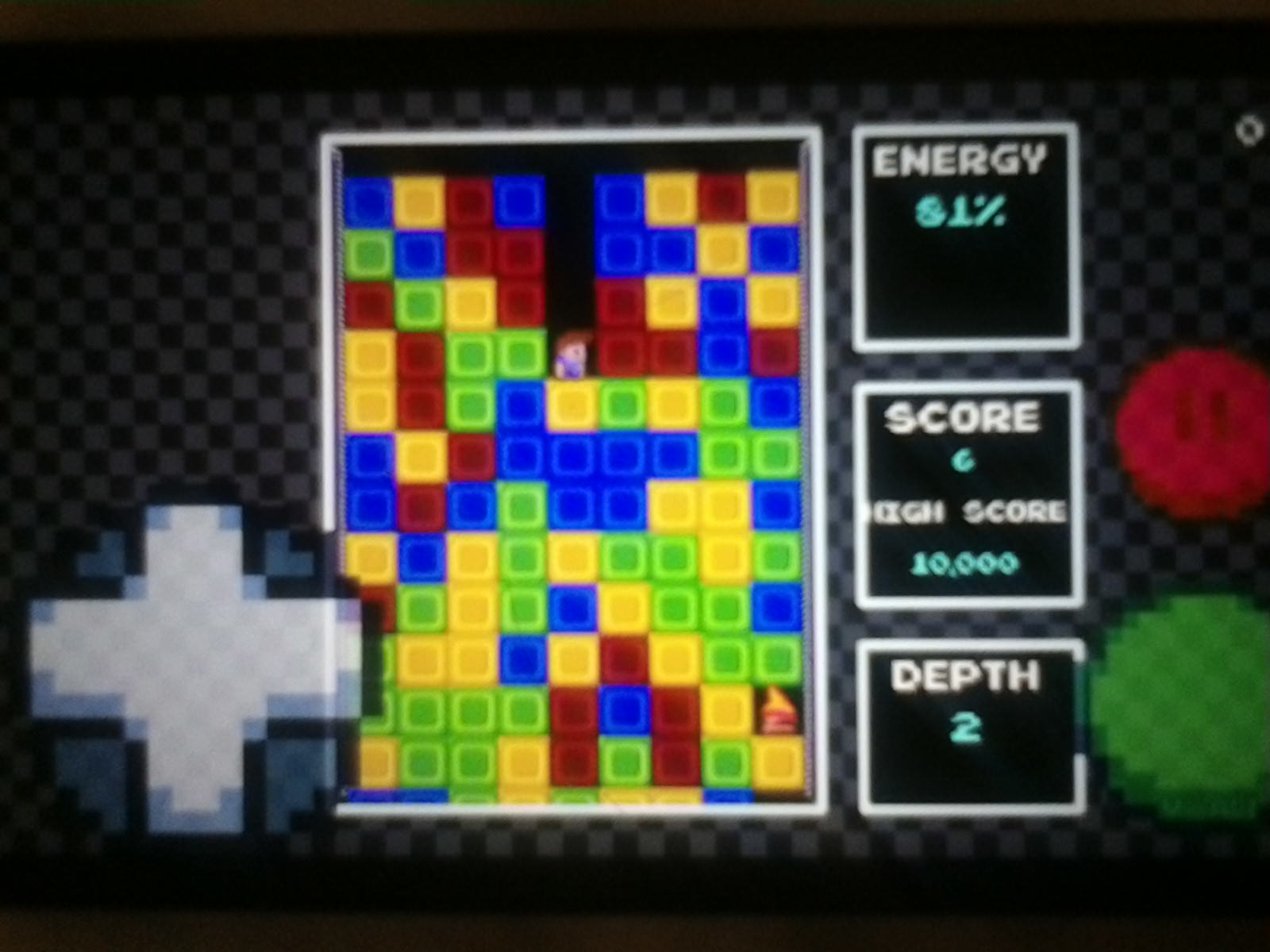 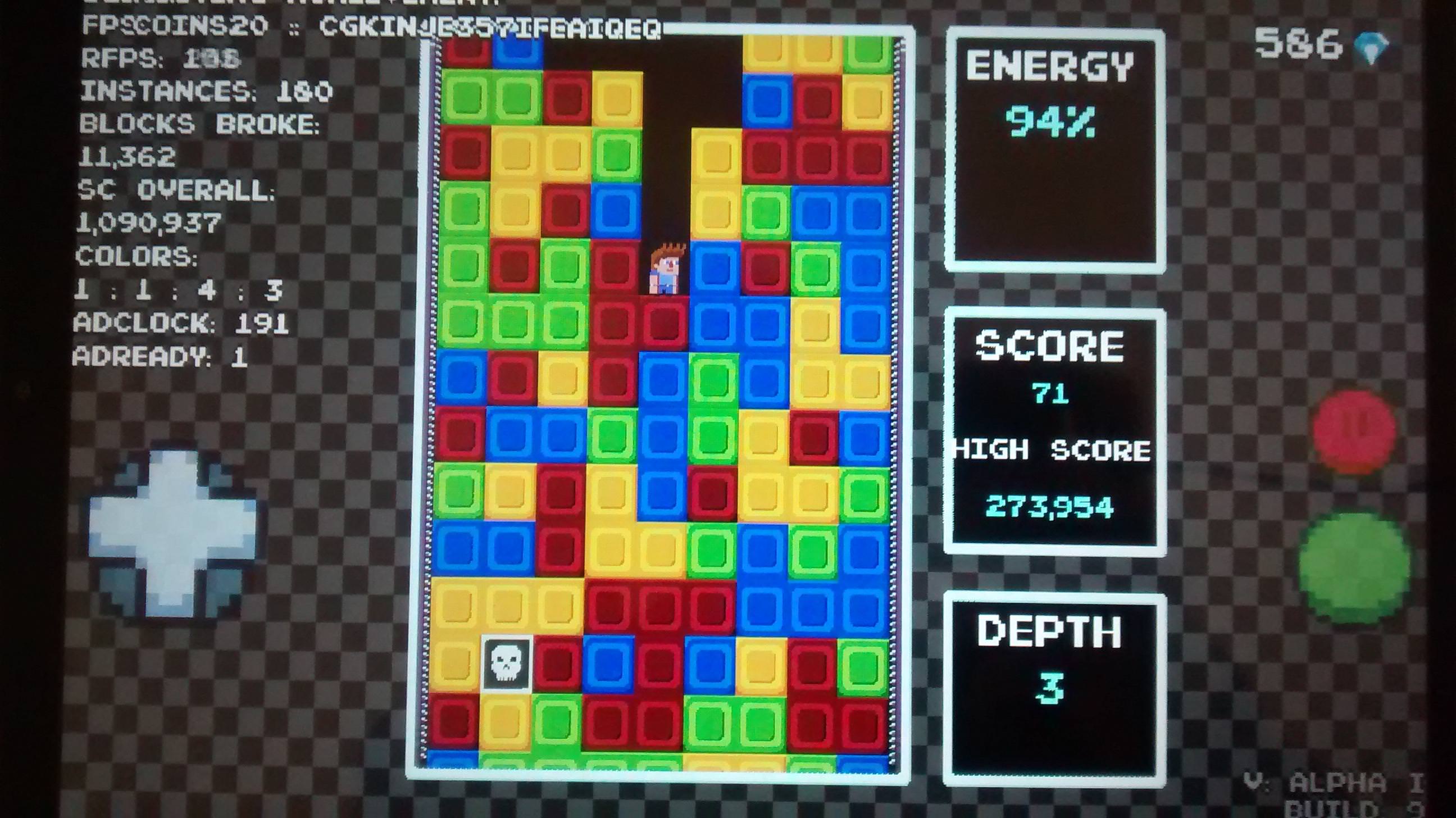