Its been a week since the last update and to have more screen shot diversity, the Winter Wonderland theme was created. It began a week ago with a fake screen shot and a question: 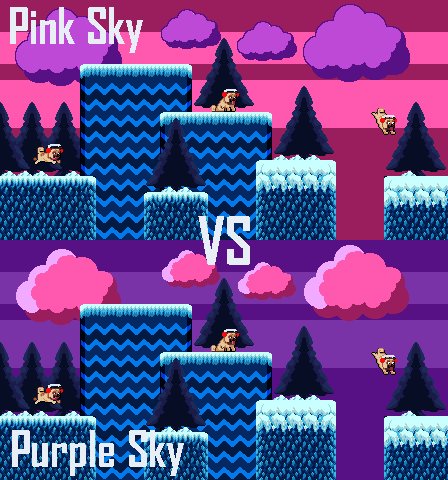 When I start a game or a segment, I start this way. A question and a look. If the art doesn’t look desirable, you have failed long before the game is even made. With the question, feedback was gathered and while pink put up a fight in the start, purple won by a landslide.

STEP 2: MAKING IT A REALITY

As you can see it looks similar to the fake screenshot, with a few issues. It uses some elements from the previous tileset, but with their color tweaked. The game already has a system that reads tilesets, so its easy enough to replace the old tiles with the new ones. 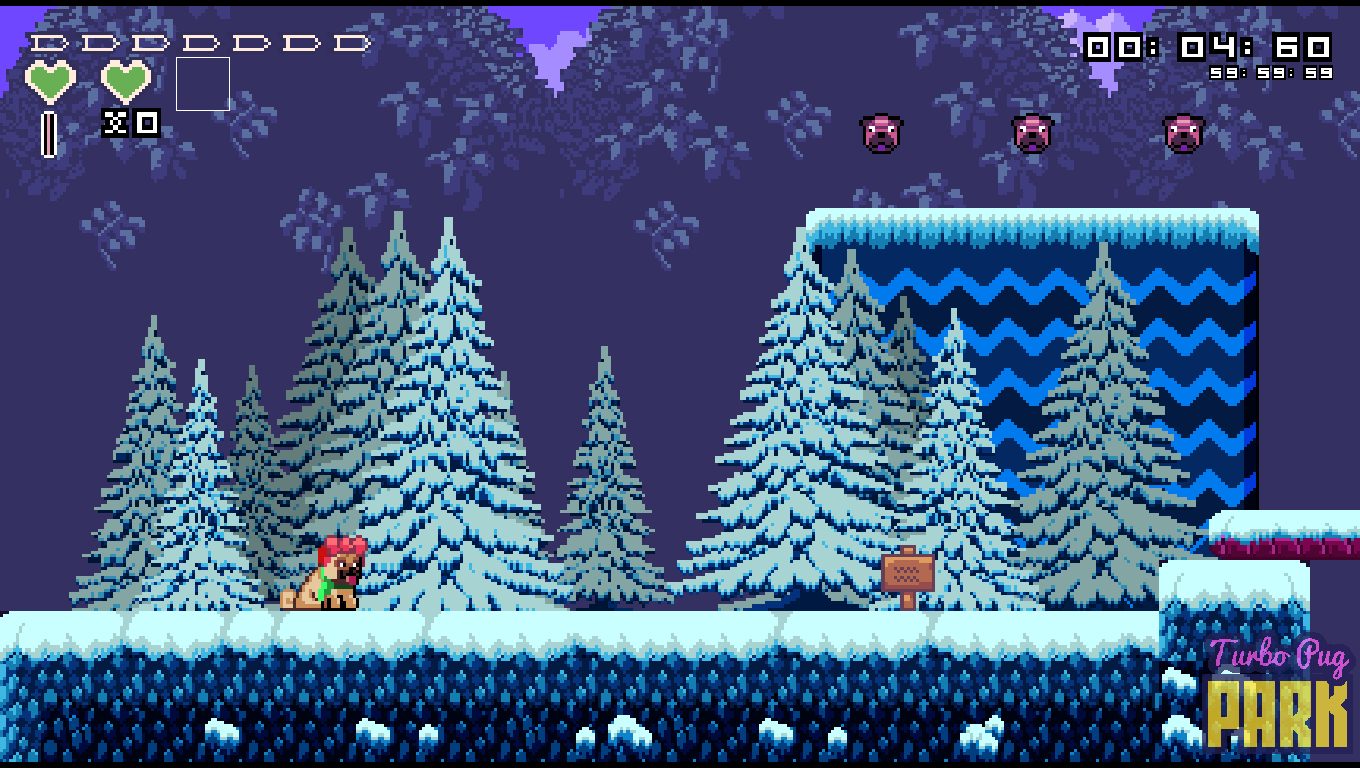 The big details are things like trees or anything that consumes a lot of space. It will help the game fill up and look better. In this case it was big pine trees for something extra. They’re simple and while I enjoy them, they ended up getting changed. As for the background itself, its the biggest detail, but I like to wait until the level is made and finalized before I hammer out the background. Most of the time I make the level before the art, but for the help of gaining traction on Twitter, it needs something visual.

STEP 4: BETWEEN THE TREES AND THE BACKGROUND

There are walls and texture. The solid walls, the background and then there are the back wall tiles. In this case I was inspired to go for a mine wall for the sake of color texture. Waterfalls were added for some texture. Its also at this point I realized there’s visual overload for the .gif animation. Its using 15 MB for 4 or so seconds.

Feedback comes in at all stages. I enjoyed the white trees, but I took feedback and created new trees that essentially fill up more space, look like they’re part of the background and add more color. 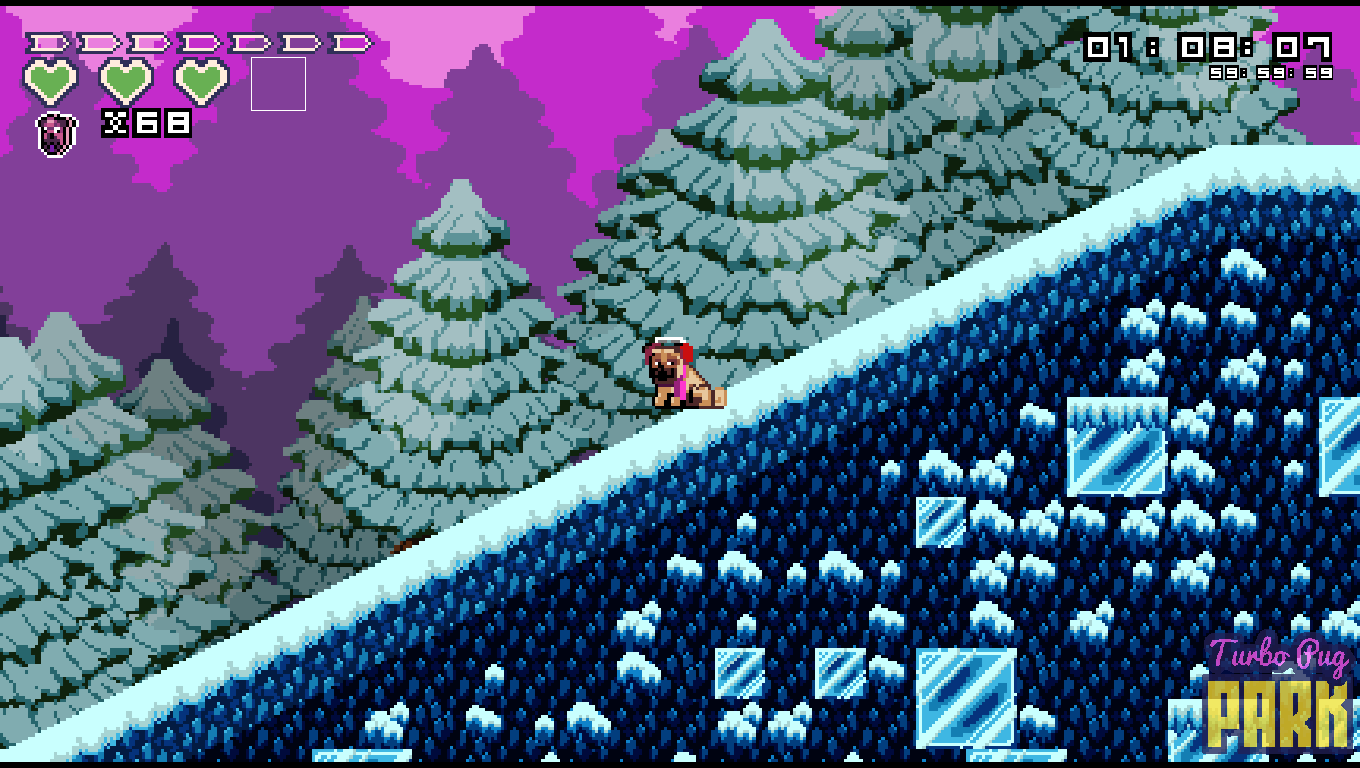 As a side note, at around this point I discovered I should compress the animations myself and that has managed to get twice the length while still maintaining 15 MB that Twitter allows people to post.

This week was still 99% about the art, but there was a bit more programming. The engine now recognizes that there are interiors and exteriors. Trees are for exteriors and ice crystals are for the interiors.

You will notice there are less snow patches in the solid walls and vines coming from the walls and ceiling. There is more of a toothy texture with stalactites hanging from the ceiling. There’s a simple background to show where the game will be going.

STEP 7: FINALIZE THE BACKGROUND AND EVERYTHING ELSE

Everything looks good. The background needs to be finished and detailed. Beyond that, the demo level will be tested before moving on to make a real level from the Winter Wonderland theme with different tweaks and mechanics.

That will be a step for next week and then lather, rinse, repeat for the next theme.